Want to be smarter and more informed about Polarization? Download our guide to become a more engaged citizen! 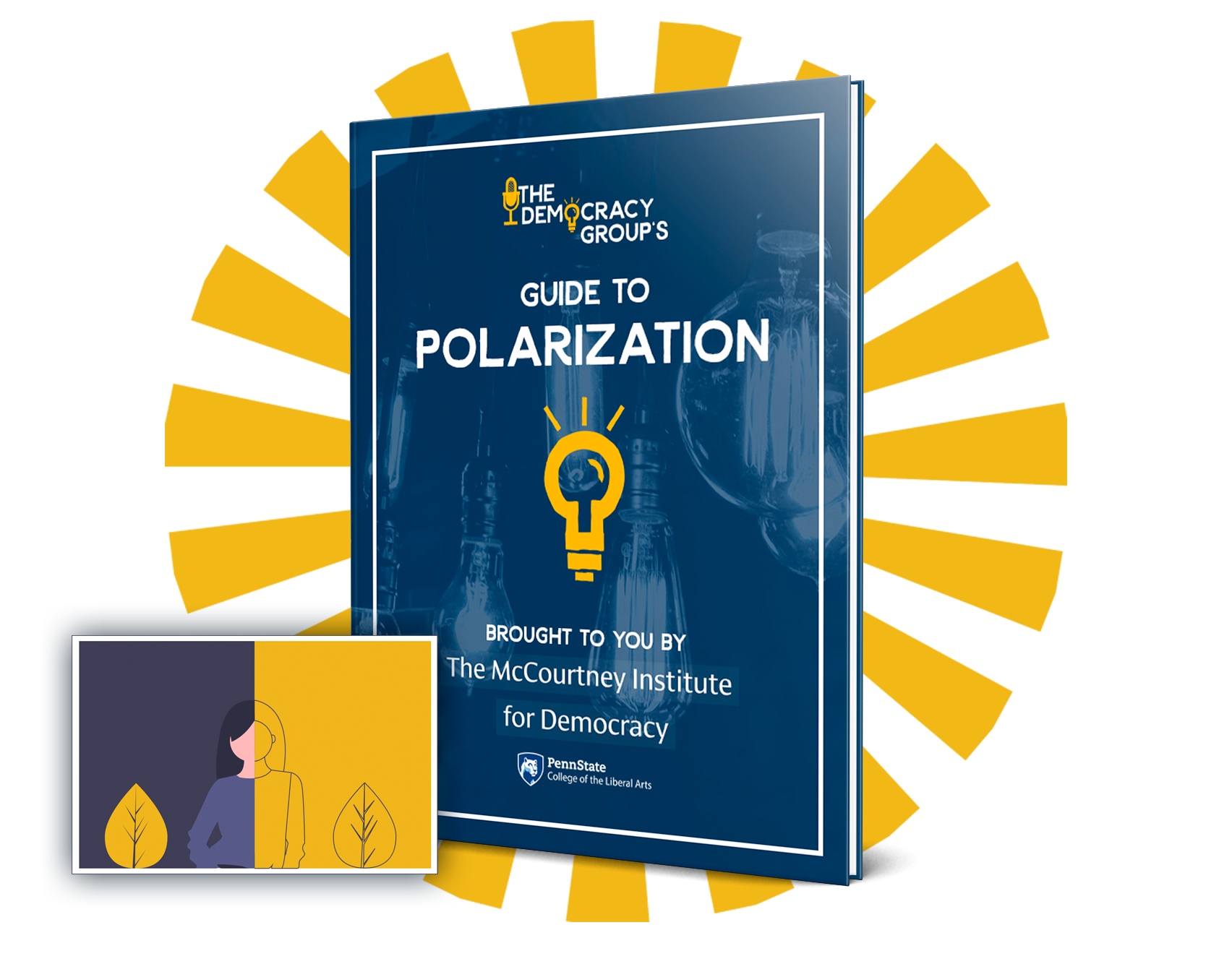 Polarization is one of the greatest challenges facing American democracy today. A variety of factors have pushed the country’s citizens farther apart along ideological, geographic, and other lines. The Pew Research Center finds that the typical Republican is now more conservative than 94% of Democrats, and the median Democrat is more liberal than 92% of Republicans

Our topic guide examines the different types of polarization and how each one plays out in politics. The featured podcast episodes from across our network explore how polarization threatens democracy and what actions each of us can take to reduce it.

Never before in living memory has America been as politically polarized as it is today. We are divided by our politics, Facebook and other social media sites, and by news media. Nearly half of us have stopped talking with someone about political topics as a result of what they said in person or online. Our culture of contempt is dividing us all and making America ungovernable.

How do we use science and proven methods to reduce toxic polarization and push back against conflict entrepreneurs? This episode presents a way forward.

Peter Coleman is a leading expert on intractable conflict and sustainable peace. He's a professor of psychology and education at Columbia University and director of the Morton Deutsch International Center for Cooperation and Conflict Resolution. Peter's new book is "The Way Out. How to Overcome Toxic Polarization."

We discuss research on how deeply divided societies can and do change. We learn more about the role you can play to navigate these times most effectively – as well as what to look for in groups and organizations in your community that are already at work making America more functional again.

In this episode, Peter praised the work of the Bridging Divides Initiative, a group that tracks and mitigates political violence in the United States. The initiative supports efforts to grow and build local community resilience throughout elections and other periods of heightened risk, laying the groundwork for longer-term efforts towards reconciliation.

Thomas Carothers and Andrew O’Donohue are Worried About Severe Polarization

Thomas Carothers and Andrew O’Donohue explain the challenges of polarization in many different contexts around the world. Tom is the Senior Vice President for studies at the Carnegie Endowment for International Peace. Andrew is a nonresident assistant at Carnegie and in the PhD program in Harvard’s Department of Government. Together they are the editors of Democracies Divided: The Global Challenge of Political Polarization.

What is Affective Polarization?

What is affective polarization?  How does it differ from ideologically polarization? And how does American political polarization compare to politics in other nations? These are some of the questions Noam, Julia, and Lee ask in this week’s episode.

Americans are increasingly polarized, with more aligned partisanship, identities, and ideology. Bob Lupton finds that our views and identities have become more tightly associated through deeply-held values like moral traditionalism and egalitarianism. But only among those with conservative values, due to distinct messages from each side’s elites. But perhaps some of us are just repeating what we hear, following friends and leaders more than our inner values. Elizabeth Chase Connors finds that people with more ideologically aligned discussion networks are more likely to link their values and partisanship and people who monitor how others see them can be convinced to endorse values when they hear them from political elites. They agree that our values and social relationships increasingly go together, limiting conflicts between partisanship, views, and identities. The true ideologues among us can enforce conformity on both sides of the political divide. 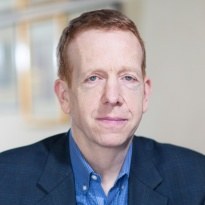 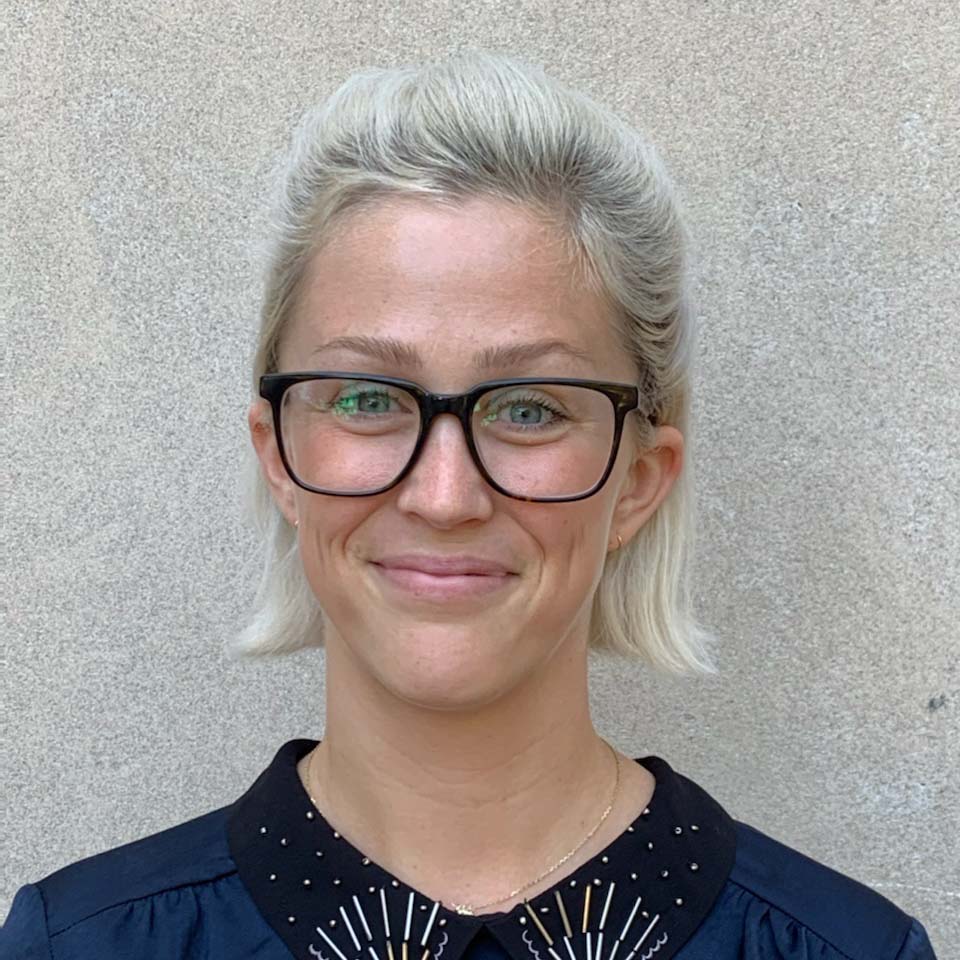 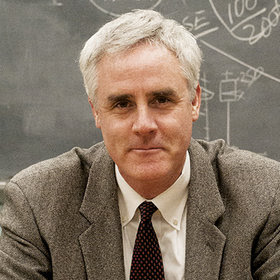 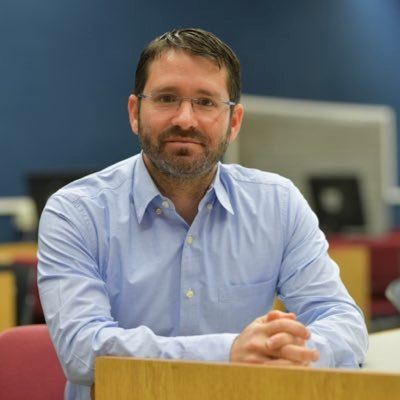 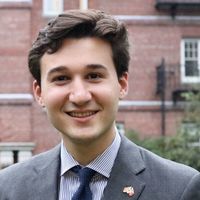 Book: The Way Out by Peter T. Coleman